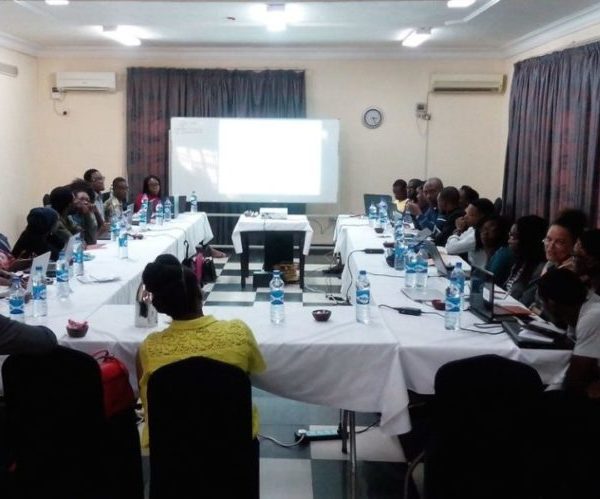 When you are writing, you are God.
—Aslak Sira Myhre

“Tell us one thing you like and one thing you dislike?” she said. I lied. I said I liked history, art and culture. Actually I like sex, loud music and dim smokey bars. But I wasn’t ready to say that to a room full of strange Nigerians. What if they misunderstood? Or laughed? It’s not the sort of thing a Nigerian woman my age says.

If it comes easily to you, discard.
—Chimamanda Adichie

Age. I try not to think about it. Not in that I’m-this-age-and-should-therefore-behave-like-this-or-be-treated-like-that” way. I hate being called ‘ma’, ‘mommy’, or ‘madam’. I feel pressured to perform age. I do not want to perform age. But I do anyway. Another loaded feminist issue? Or a race issue? Or maybe a class issue? Or an intersection of the three? Someday I will write about it.

“You remind me of a South African woman I met at my last workshop,” one of the participants says to me.

And Aslak keeps calling me Sheila.

I really wish people would get to know Lesley.

The age of the Farafina 2016 participants didn’t cross my mind till I sat down with them and looked into their faces. Most of them are young enough to be my children. Some so young that I would have a word with my sons if they brought them home.

Listening to these young people reminded me of the obvious clichés.

Nevertheless, the workshop is a safe space and we are asked to suspend our judgments. We name it Sacred. We also have a young woman that escaped the 2014 Chibok abductions with us. And an undercover reporter. Young people discovering their sexuality. People constructing their identities. Living stories about surviving, healing and becoming.

Go where it hurts because then it matters.
—Aslak Srye Myhre

Someone sets up the Farafina Insomniacs group on WhatsApp. It makes group communication more relaxed and open. I’ve avoided group chats so far. The constant notifications while I’m working and the drain on my battery were not worth the poor quality of conversation and information.

What isn’t made into narrative isn’t part of the world.
—Aslak Syre Mhyre

On Saturday night we went to a karaoke bar. Kunle sang ‘Stay’ with so much heart. I took a chance and sang the only song I really own, “Bohemian Rhapsody.” I sing as if I’m a 7 year old standing on a stool, in front of the heavy dresser mirror in my parent’s bedroom singing ‘Fly Robin Fly’ into a hair brush. Or standing on the coffee table and singing along with Sony and Cher on the TV. As if no one else is there. This is how to write. Belt it out.

“You can’t pander to anyone’s expectation when writing,” she said.

Feisty stayed in to work on her assignment. It was the best at the next reading. Should I have stayed in too? Writing is always rewriting. Most of the assignments I submit are rewritten once or not at all.

“I know I can do better if I could just rewrite it again,” I think to myself each time I submit an assignment. The lure of the night life kept my performance average most of my life. Because excellence is about going the extra mile.

“How many times did you rewrite Half of A Yellow Sun?” I ask her.

To make it art, you have to rewrite.
—Chimamanda Adichie

How A Short Film Got Made by Farafina 2016

Kenyan Writer Binyavanga Wainana Was There

He introduced us to Kenya-American artist Wangechi Mutu. Wangechi explores the similarities between misogyny and race, and the hierarchy of race and gender through surreal collages and installations reminiscent of Picasso’s cubism. Her visual art inspired some of our most creative work.

#Farafina2016 – Binyavanga does this to you: brings out the beast in your writing. The Final Ceremony.

“Technically the story is perfect, but I don’t feel her,” he says to me about Chidimma, protagonist of ‘Sunrise Hotel’, a short story I spent months writing. The same story Chimamanda enjoyed so much she invited me for this workshop. He tells me about a character he used to write when he was still in the closet. ‘Am I in the closet?’ I wonder. Metaphorically speaking, of course.

Twitter @MzAgams Jun 27: When Binyavanga thinks about our submissions before commenting, he moves his lips & jaw like he’s chewing the words we wrote – #Farafina2016

Write what you know.
—Binyavanga Wainaina

In between writing assignments I sit at the upper deck of the Bush Bar of our hotel overlooking the lagoon, drinking coffee in the morning and beer at night. Feeling the ocean. And watching That Bridge. Watching people moving on That Bridge. On foot, in cars, on bikes.

I took a walk on that bridge.

All the way till I could see my hotel then I turned around.

As usual I found my self wondering about these people jogging on the bridge in the early morning.

I’m disappointed. The people I see up close didn’t look nearly as good as they looked from a distance. Their eyes are wary and cunning. Their expressions shielded. People drive from all over Lagos to jog on that bridge.

You either have to know a lot more or imagine a lot better.
—Binyavanga Wainaina 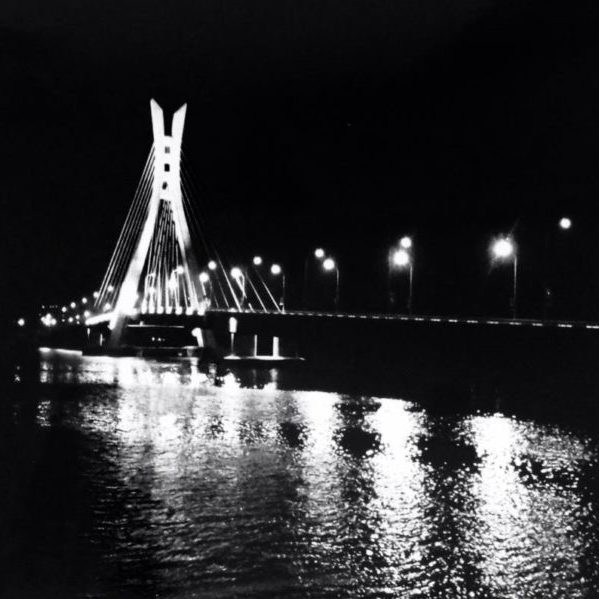 At The Closing Ceremony

As she gives me my certificate Chimamanda tells the world she will be the first one to buy my book. “Odogwu Nwanyi” she calls me. My only regret is I didn’t ask someone to take a picture of me with her on stage. And I didn’t bother to struggle for a vantage position during the group photograph so I got pushed to the back. If you don’t look well, you won’t see me. And in some pictures, at some angles, you don’t. That’s how I always got the bottom pot of the jollof rice in secondary school.

I’ve been writing since I was 10: journals, diaries, memoirs, poems, short stories, plays, movie scripts, essays, and cheeky articles like the ones in Esquire, Playboy and Cosmopolitan. I remember tapping out stories on my father’s old manual Olympian typewriter. I was even a reporter and women’s editor for a local newspaper once. As I collected the certificate, I knew in my heart this was the first day of the rest of my life.

The first rule of writing: to be a writer, you have to write.
—Aslak Syre Mhyre

That Was Just The Beginning.The Conversations Continued After We Left.

06/07/2016 08:37: Lofty: The conversation in this group is like a stage play with different acts and different characters at any given time.

The Heat Is On

06/07/2016 18:13: Bubbly: Meanwhile, Guys. Do you all feel pressured now? Like the writing community expects your texts to be top notch now that Adichie has taught you herself? Like is it just me. So many book clubs want me as “guest” and I am like why? One even said they will send a Limo. I just feel like the expectation and attention is overwhelming and I don’t really deserve it! What do you guys think?

Insecurity is very important for a writer.
—Eghosa Imasuen

Metaphor Is the Palm Oil We Eat Words With

09/07/2016 09:10: Cheeky: Lol. My entire Farafina experience is down to music. A team reminds me of Nnamdi, Ama and the Karaoke Night. Strange songs remind me of Lesley. Panda reminds me of Aisha and Naza.

If you overdo metaphor, it suggests a lack of confidence.
—Chimamanda Adichie

The Conversation Has All The Elements of a Good Story: Drama, Intrigue And Humor

Words are powerful. You need to be careful using words.
—Chimamanda Adichie

There are no rules if you can get away with it.
—Eghosa Imasuen

September 12, 2016September 12, 2016 ~ mz_agams ~ Leave a comment
I was like 8 or something. I was not included in Barbie play previously because I did not have a Barbie. My struggling immigrant parents did not appreciate the importance of owning a Barbie for a child trying to belong in white middle America. My best friend at the time, Jill lent me one of hers.
So we’re playing Barbie and they make ME the housekeeper or maid or something. Now, I’m not sure if this was because I was coloured or if it was some sort of Barbie hierarchy I didn’t know about. Anyway. I’m pissed off to be the maid, see? Everybody else got to be something and I became the maid? Fuck no. I ain’t no maid. I even argued there are no maids in utopia. But they insisted.
So what did I do? I told those little bitches that they’re all too delicate and vulnerable to come out of their rooms, put them on a strict schedule so they can’t call me in-between and shut them up in the back room of the Barbie house. Then I toke over the rest of the Barbie house and played in it all by myself.
There were four other players all about the same age. At least one of them was a boy who had a Ken doll and liked to play with Barbies. I bullied them like an over bearing governess or nanny or something and made everyone do what I said anyway. That was the first and the last time they invited me to play Barbie.
I wish I could say I was devastated or something but quite honestly I found the whole experience unpleasant. And disturbing. I also felt that they’re insistence had more to do with the fact I didn’t own a Barbie (and must be economically ‘disadvantaged’) than my colour.
On account of incidents like this I hung out a lot with boys. And ended up doing mad things like seeing how fast I could go down the steep hill behind the mall parking lot on my bicycle. I was a sucker for a dare. All they needed to say was ‘girls can’t do that’ to make me go prove that, yes, girls can, even if I personally had not and didn’t really know.
The relief and exhilaration when I made it to the bottom of that hill. Going down my only stubborn thought was that I WASN’T going to crash and burn. I was going to prove that girls could do this. Alas. So young and already the weight of representing ‘girls’ upon my tender shoulders. Then someone would suggest something stupid like we go find the steepest hill in town.
So I mostly just hung out by myself. And read a lot of books.
And Barbie became a symbol of a whole lot more than just unrealistic beauty standards. 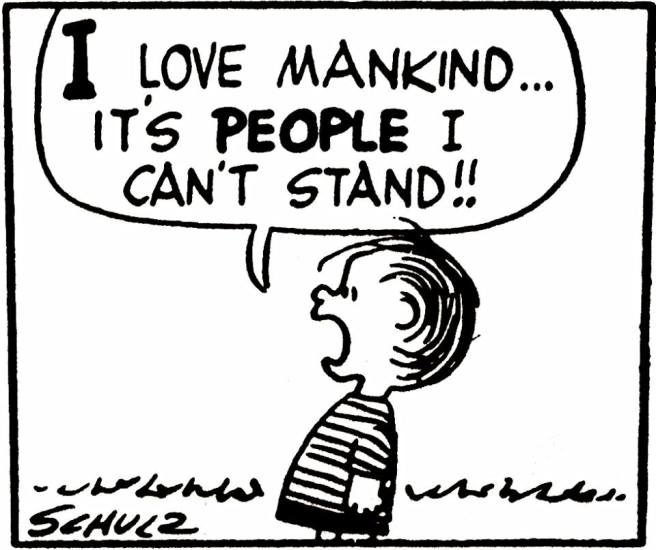