Within a serviced gated estate of 8 detached units. ONLY TWO UNITS LEFT 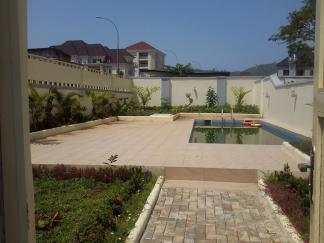 The Nigerian Marriage Act, cap 218, Laws of the Federation 1990 lays down the requirements for the solemnization of marriage under the statute.

Before the celebration of the marriage,  parties shall sign and give to the Registrar of the district in which the marriage is intended to take place, a notice in the prescribed form known as Form A in which they will fill their personal details including Name, Age, Address, Occupation, Marital status, Consent (minor under 21 years), Signature etc. The Registrar shall then cause the notice to be entered in the Marriage Notice Book in his registry. A copy of this will be displayed in the registry for inspection by the public for 21 days.

Caveat’s to Notice of Intention to Marriage

Age
Written consent of either the parents or guardians is required for persons under the age of twenty one years unless one of the party is a widow or widower. The Act further provides in section 49 that whoever shall marry or assist any person to marry a minor under the age of twenty one years, not being a widow or widower, shall be liable to imprisonment for two years.

S.48 – Whoever, knowing that the written consent required by this Act has not been obtained, shall marry or assist or procure any other person to marry a minor under the age of twenty-one years, not being a widow or widower, shall be liable to imprisonment for two years.

Subsisting Marriage
Parties must be single at the time of marriage. If either if the parties is already married under the Act or under customary law to another person and the marriage has not been dissolved by any court of law their marriage will be invalid under section 33 (1) of the Marriage Act.

S.39 – Whoever, being unmarried, goes through the ceremony of marriage under this Act with a person whom he or she knows to be married to another person, shall be liable to imprisonment for five years.

S. 46 – Whoever contracts a marriage under the provisions of this Act, or any modification or re-enactment thereof, being at the time married in accordance with customary law to any person other than the person with whom such marriage is contracted, shall be liable to imprisonment for five years.

Kindred and AffinityA marriage between two persons who are within the prohibited degree of consanguinity or affinity is void. Under section 4 of the MCA, where persons are within the prohibited degrees of affinity and desire to marry, they may apply in writing to a Judge for permission to do so and if the Judge is satisfied that there are exceptional circumstances, the Judge may by an order permit the parties to marry one another.

After the period of 21 days, the Registrar shall issue a Form C certifying the criteria has been met and satisfied and that there is no cause why the parties should not be married and grant a license, known as Form D, authorizing the celebration of a marriage between the parties named in such license.

Upon receipt of the Registrar’s certificate, the parties can celebrate their marriage. The marriage can take place in a in a church duly licensed for the celebration of statutory marriages or the marriage registry usually within three months from the date the notice was placed with the registry. All States have marriage Registries at the State and Local Government secretariats.

During marriage proceedings in a registered church, the officiating minister fills in duplicate a marriage certificate printed for the purpose by the Registrar with particulars as required by Form E, and enter in counterfoil the number of the certificate, the date of the marriage, names of the parties, and the names of the witnesses.

Section 22 of the Marriage Act forbids a minister of religion to celebrate any marriage until the parties have delivered to him the Registrar’s certificate or a special license from the governor under section 13. Section 43 imposes a maximum penalty of five years imprisonment for performing a marriage in defiance of the Act.

There have been a lot of questions and a lot of confusion about the validity of a customary marriage entered into during the subsistence of a statutory marriage. The Marriage Act 1990 provides as follows –

S.35 Any person who is married under this Act, or whose marriage is declared by this Act to be valid, shall be incapable, during the continuance of such marriage, of contracting a valid marriage under customary law, but, save as aforesaid, nothing in this Act contained shall affect the validity of any marriage contracted under or in accordance with any customary law, or in any manner apply to marriages so contracted.

It goes further to provide –

S.47 Whoever, having contracted marriage under this Act, or any modification or re-enactment thereof, or under any enactment repealed by this Act, during the continuance of such marriage contracts a marriage in accordance with customary law, shall be liable to imprisonment for five years.