I do not usually blog about politics for a nuber of reasons and I certainly avoid reblogging political stuff but this strikes me as just wrong wrong wrong.

For the governors to suggest that their support of Jonathan may have alienated them in their constituencies is an admission of the deep separatist and feudal/imperial sentiments in the north. The headline ‘power must return to the north’ is incredibly arrogant. The Presidency of Nigeria is not a regional prize. This is very dangerous rhetoric indeed. It bodes ill for the corporate existence of the country and alienates the southerners. 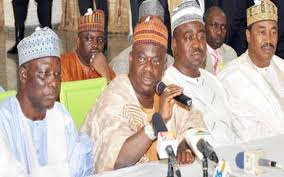 There were indications at the weekend that PresidentGoodluck Jonathan may not get a easy ride for his re-election in 2015 following a move by the northern governors to ensure someone from their region takes over power in 2015.

The Women’s Crisis Center Owerri is establishing a Women’s Legal Defense Trust Fund to aggregate funds from a variety of sources and to make grants with those funds to lawyers and organizations litigating cases that can have a broad impact on the protection, expansion and interpretation of women’s rights in Nigeria.

When we returned to the village from the US one of the things I couldn’t wrap my head around was that women had to do the family laundry by hand. I hated doing laundry by hand, what happened to washing machines? Well there was no power in the village but even my town living relatives didn’t own one. How backward I thought.

When I got married (at 17) and asked my husband for a washing machine his infamous response was “There are dozens of people without jobs and you want a washing machine?” but he wouldn’t pay those people to wash for us, he expected me to.

I hated washing for so many reasons; the time could have been spent better reading or listening to music but most of all because I didn’t want ‘dish pan hands’. I’m very particular about my hands. I think them quite beautiful and manicure them regularly and religiously. I had no intention of spoiling my manicure because someone thought it was ‘women’s’ work to do laundry and do it by hand.

I didn’t even want to wash my underwear myself. Of course my husband expected me to wash his but wouldn’t wash mine. The men I grew up with felt washing a woman’s underwear the height of insult. “She expected me to wash her underwear” one said to me with disbelief and indignation. I took the hint and never asked any man to wash mine. I did not see it as a sign of anything much anyway, just like I didn’t see washing a man’s underwear as anything much either. Certainly not a declaration of love.

I lived with a lover and his wife for a while, we were one big happy family till the day she saw me washing his underwear. Mind you this was not by hand, it was with a washing machine (he was more progressive than my husband) and I was just trying to be efficient. She took it very personally. “You are washing my husband’s underwear?!” she fumed. “Ummm. No. I just put them in the washing machine and then took them out into the dryer.” It was a huge uproar. I guess it was okay to have sex with her husband but not touch his underwear. I don’t get it either.

I have lots and lots of sexy lingerie now, drawers full many unopened as a response to the lack of it when I was a young dependent daughter and wife. Curiously, I noticed recently that I don’t wear my sexy lacy lingerie when I go to see my lover. I wear it for me, I feel good when I wear it and I never see my lover when I’m wearing it. When I go see my lover I’m usually wearing a sports bra and my cotton comfort briefs. I go to see him to feel good. What will the shrink make of that I wonder?

Here There and Everywhere

The National Commission for Museums and Monuments, the governmental body in Nigeria that regulates the nation’s museum systems, is demanding the return of 32 artifacts recently acquired by the Museum of Fine Art in Boston. Consisting of various bronze and ivory sculptures looted during the Benin Massacre of 1897, the Director-General of the commission, Yusuf Abdallah Usman, states that the pieces were illegally taken by the British Expedition as spoils of war.

The MFA in Boston acquired the pieces last month as a gift from New York banker and collector Robert Owen Lehman, who purchased the Benin pieces in the 1950s and 1970s. But the pieces were originally looted by British soldiers in the late 1890s, following the Benin massacre of 1897. In a statement made by Usman, the commission stated: “Without mincing words, these artworks are heirlooms of the great people of the Benin Kingdom and Nigeria…

Since I began my work with those labeled mentally ill it’s been clear that trauma plays a large part in the lives of most of those with psychiatric labels. This blog covers this reality again and again. This simple observation that many of us have made and many others want to deny is beginning to be largely supported in the literature and science. We deny it at a cost to everyone in our abusive and traumatic culture. By bringing it to light we might change it. We might also treat the vulnerable who get labeled mentally ill as they are, traumatized people who need gentle loving care. Something not on offer in most psychiatric wards and mental health systems. In fact most people get grossly re-traumatized in such settings.

Many studies have linked childhood maltreatment and adversity to mental and physical health disorders later in life. Most of the studies…

Cruelty is an old common law ground for divorce which does not exist under the Matrimonial Causes Act but can be used to establish that the respondent has behaved in ways that the petitioner can no longer be reasonably expected to live with him or her as provided in section 15(2).

Cruelty is the intentional an malicious infliction of physical and mental harm and suffering or a reasonable fear of further harm. It also includes the continuous infliction of minor acts of ill treatment that are likely to cause the victim to break down emotionally or mentally. However, temper and nagging are not enough to establish cruelty.

Strong evidence of cruelty includes police reports, medical records and eye witness testimony are desirable but not indispensable. The court is required to consider the entire evidence and decide whether it gives rise to a finding of cruelty. Generally conduct that endangers life, limb or health will amount to cruelty.

This will include persistent, pervasive and excessive violence or threat of violence, deliberately infecting a spouse with a sexually transmitted disease, constant displays of rage, use and abuse of juju/voodoo or religious doctrine neglect of a spouses physical needs for food, shelter and clothing and verbal and emotional abuse.

It should be noted that under the act the requirement is to prove that the petitioner/victim can no longer be reasonably expected to live with the respondent and the burden of proof is significantly lighter than it was to prove cruelty under common law.

The Nigerian case law on section 15(2) is remarkably well developed. Make sure your lawyer is knowledgeable about them and can cite the appropriate cases.

Its not enough to establish that a party to a marriage has committed adultery ( and contrary to what I have read elsewhere recently it DOES NOT only apply to the wife or female party). Remember evidence of adultery can be circumstantial, the court will consider preponderance of evidence and not proof beyond reasonable doubt.  The court will look for opportunity and familiarity.

There are a number of circumstances were adultery is generally presumed

1. where the parties are living together

2. Bigamy is proof of adultery

3. Confessions of adultery are also proof

4. The  fathers name registered on a child’s birth certificate

6. Sexually transmitted diseases that the other spouse does not also have

Evidence of intolerability is completely subjective, its all about what the petitioner feels and not what a reasonable man or woman may feel.

If you have questions don’t hesitate to get in touch